You can do your ATP multi-engine training and checkride using a light twin engine aircraft like Beechcraft Duchess (BE76).

To be eligible for an airline transport pilot certificate according part 61.153 , a person must:

A person who is applying for an airline transport pilot certificate with an airplane category and class rating must have at least 1,500 hours of total time as a pilot that includes at least:

If you don’t have required level of license (Commercial Pilot License) or you don’t meet Aeronautical requirements and need more hours or additional training – we can offer you all available programs starting from PPL up to ATPL at SkyEagle Aviation Academy.

Also, pay attention – to be qualified for ATP ME you can hold CPL with single-engine class of airplane only, but you have to have 50 hours of multi-engine time (25 hours can be in a simulator), this 50 hours can be “dual” (with instructor). We can help you to get the required time.

We have special offer for students with previous multiengine experience. If you can complete whole training in less than 10 flight hours we can offer fix price $3,985. If you need more hours for preparation to your checkride – you can buy additional hours by current price list. 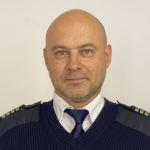 The ATP-CTP course is a mandatory pre-requisite in order to take the ATP written exam.

Looking for
another course?

You will learn and train:

Actually, flight portion of checkride is very similar to Commercial Multi Engine checkride with one exception – all checkride will be under the hoods (simulated instrument flight).

List of maneuvers and tasks you can find in the latest ACS (Airman Certification Standards) published on FAA-website. Don’t forget to familiarize yourself with this document.

1. How to get FAA ATP if I already have ICAO ATP?

You have 2 options here:

If you still have questions - send us email info@flydreams.us.

This is a very common question. But the truth is - you really need type rating to get your FAA license with type even if you are Captain with XXXX thousand hours on this type. The reason for that - your FAA license is independent license of the United States of America and you need to comply with FAA regulations. Not your local regulations. It means that you need to take some training on the same type before checkride. Most of the schools (and ATP.Academy also) can offer you Reduced Program, which means you don't need to go over again as Initial training. You just need 4-8 hours of SIM training and some ground school before your checkride. Also, be aware that your FAA checkride will be absolutely the same and full as normal checkride for initial type rating even if you have XXX thousand hours on type.

3. What is the Letter of Verification?

If you have a foreign (non-FAA) license, and you are meet all part 61 requirements to get FAA ATP based on the foreign license, you need to prove that your license is valid, not expired, not revoked, etc. The official way how to do that - request a Letter of Verification from FAA authority. FAA will request this confirmation from your local CAA authority. The process itself can take up to 90 days and you need a Letter of Verification before your ATP checkride or ATP + type rating checkride.

4. I have SIC type in my country, what license I will have with FAA?

This is a complicated question. First of all, start checking CFR 14 Part 61.153 and part 61.159. If you meet all requirements from this part, then you can go to Upgrade Type Rating and get your PIC Type.